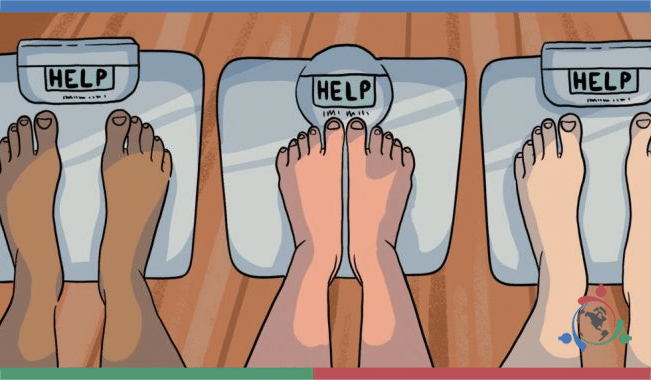 Influencers. Thought leaders. Foodies. Models. Instagram. Sound familiar? It’s 2020, and it’s noisy. The struggle between people and eating disorders, such as anorexia nervosa and bulimia, dates back centuries ago. The human need to be viewed as aesthetically pleasing and acceptable in the eyes of others has intensified in recent years, in parallel with the raging popularity of social media. No, social media isn’t the scapegoat for all of our problems. It does provide us with a place for sharing and receiving information, keeping up with market trends and providing entertaining content after a strenuous day at work.

However, we can’t forget that it’s called social-media. As in, the places we share our media with the rest of the world. Comparing ourselves to others has never been easier, has never been quicker, and has never been a stronger driver behind body self-consciousness. People with eating disorders possess a negative body image of themselves, where what they see is shaped by negative attitudes and perceptions of how they think they look. As a consequence of the distorted lens they can’t but peer through, they tend to overestimate their body weight and shape, and live in a cloud of depression, anxiety and shame as a result.

Rather than turning to drug therapy, a form of psychotherapeutic treatment called Cognitive Behavioral Therapy is commonly used to aid in reducing the automatic, negative mental responses people with eating disorders internally struggle with. However, it is limited. Discussing how you feel with your therapist when you’re not actively immersed in that headspace isn’t as effective as sharing your feelings right as they come. But how can that be made possible? With simulated environments.

Virtual Reality (VR) technology is increasingly being used to assist in many mental health conditions that involve managing complex emotions. A study on the use of virtual reality to help individuals with eating disorders outlines that, “Body image disorder in patients with eating disorders are related to a deficiency in their ability to update their negative body image stored in their memory…with sensory motor and proprioceptive inputs in real time.”

By virtually reproducing situations that trigger destructive emotions to flood patients’ minds, therapists are able to step in at that very moment and help them become aware of their body image distortions. This method of creating realistic anxiety inducing simulations, or exposure therapy, is made especially effective with the use of VR tech, and has been developed by numerous companies such as Foretell Reality to help patients in need

The virtual environments are supervised, allowing the therapist to adjust the simulation for the stress level. The patients create their virtual “body”, or the avatar, that reflects how they perceive themselves. The therapist can then generate a silhouette based on the patient’s real body dimensions in order to make apparent the difference between perception and reality to the patient.

Potential for creating all sorts of emotion provoking environments unique to each patient- either who suffer from the mental effects of eating disorders or other mental illnesses- is large with Virtual Reality. Re-living the very environments that arouse negative emotions on the spot allows therapists to help their patients confront their issues right on the spot, and therefore handle them more effectively.

Previous
5 Misconceptions of VR
Next
$4.5b VR Forecast Despite Challenges